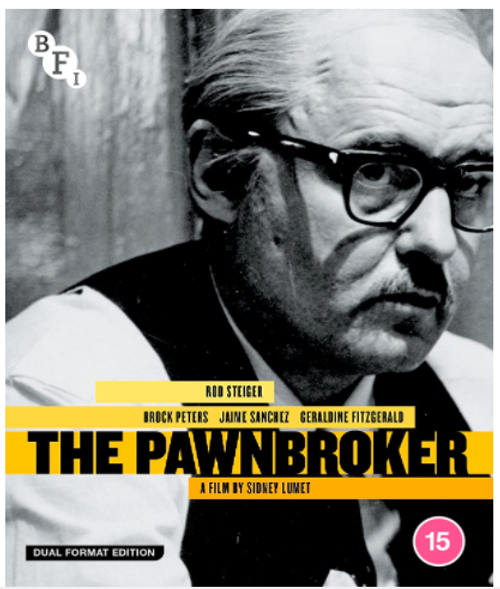 The Pawnbroker (DVD + Blu-ray) Directed by Sidney Lumet Sol Nazerman (Rod Steiger), a survivor of the concentration camps, which took the lives of his wife and children. Managing a New York pawn shop, he is bereft of hope and takes refuge in condemnation of humanity while seemingly numb to the circumstances of the prostituteds, pimps and thieves that frequent his store. Yet there are those who strive to connect with him, even as their intrusion into his world threatens the protective cynicism within which he has wrapped himself for so long. Oscar-nominated for his performance, Steiger firmly established his credentials as an actor of international standing, wonderfully supported here by Geraldine Fitzgerald (Wuthering Heights) and Brock Peters (To Kill a Mockingbird). The film also boasts a score from the legendary Quincy Jones. Extras Presented in High Definition and Standard Definition.

Yield to the Night (region-B blu-ray)

Bring Me the Head of Alfredo Garcia (2 blu-ray set)