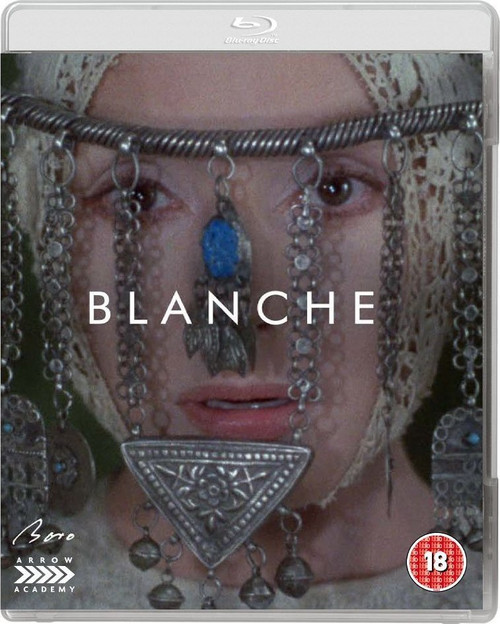 In one of Walerian Borowczyk's most celebrated features, a 13th-century French nobleman's beautiful wife Blanche, as innocent as her name, became the unwilling object of attention by various visitors, including the King and his philandering page. Widely acclaimed as one of the cinema's most original and convincing evocations of the Middles Ages, Blanche's unique visual style resembles a medieval fresco, and its period-instruments soundtrack was years ahead of its time. New 2K restoration, including documentary, interview, and Peter Graham's short film Gunpoint (1972), shot and edited by Borowczyk.