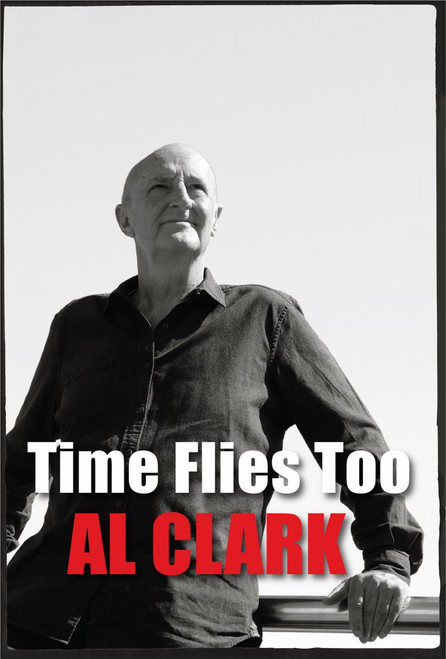 Time Flies Too is the sequel to 2021’s beguiling and absorbing memoir Time Flies by Al Clark, who in its last paragraph married and settled in Australia after a Spanish village childhood, a Scottish boarding school education and nearly two decades of living and working  in London in the pioneering days of Virgin Records.

These new recollections playfully explore his adjustment to life in a new country, the labyrinth involved in making films, the gifted collaborators he encountered along the way, and the work itself — notably one of Australia’s most enduringly successful movies (The Adventures of Priscilla, Queen of the Desert ). It completes the journey of a solitary boy who fell in love with cinema, and of the man who strove to bring it to life.

“Time Flies Too  is a brilliant sequel to Al Clark’s marvellous memoir Time Flies. Readers might be surprised by its tenderness, and its sane, balanced reflections on a crazy business. This often very funny book is more candid and self-deprecating rather than self-congratulatory – and its love of all things cinema is deeply felt.” Peter Galvin. FilmInk

In Love With These Times: My Life With Flying Nun Records (paperback edition)

The People Next Door (region-B Blu-ray)