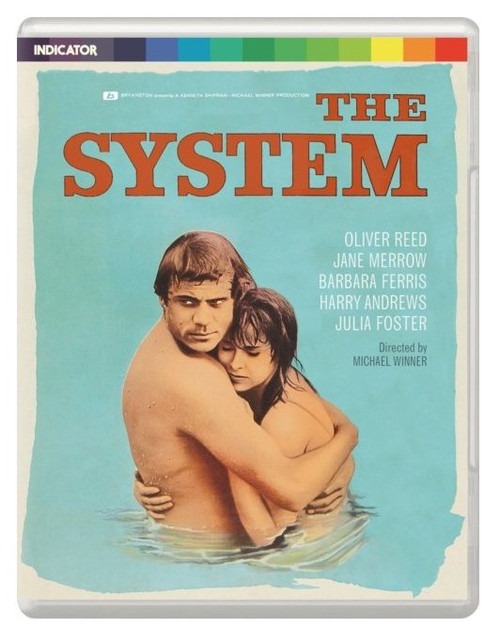 The first of six collaborations between two of British cinemas most infamous figures – Oliver Reed (The Damned, The Triple Echo) and Michael Winner (Death Wish) – The System finds both at their creative peak.

Reed is leader of a gang of youths, who spend a hot summer season in Devon in pursuit of women – including Jane Merrow (The Appointment) and Barbara Ferris (A Nice Girl Like Me).

Filmed on location, and shot by the great Nicolas Roeg before he turned his attentions to directing, The System boasts a fine supporting cast, including Julia Foster (Alfie), Harry Andrews (The Deadly Affair), and David Hemmings (Fragment of Fear). Region-free blu-ray with bonus features.