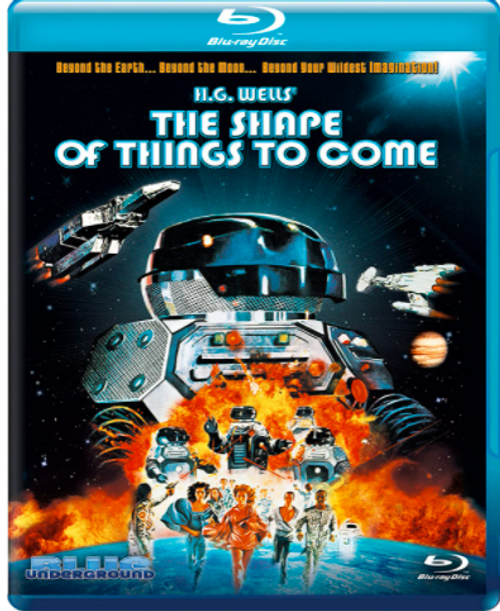 The Saturday Matinee Sci-Fi Favorite Is Back! The time is the tomorrow after tomorrow and mankind has now populated the Moon, where vast domed cities have been built on what was once a wasteland. But when the power-mad Emperor Omus (Oscar® winner Jack Palance of CITY SLICKERS) attacks the lunar colony of New Washington, a team of scientists led by Dr. John Caball (Barry Morse of SPACE: 1999) launches a dangerous mission to destroy the dictator and his robot army. Can three daring space jockeys and one renegade robot save their universe from the dark forces of intergalactic evil? Carol Lynley (VIGILANTE), Nicholas Campbell (THE DEAD ZONE), Eddie Benton (PROM NIGHT), and John Ireland (SPARTACUS) co-star in this epic science-fiction adventure directed by George McCowan (FROGS) and inspired by H.G. Wells’ visionary novel that takes you beyond the frontiers of space where man’s future is limited only by his imagination. Now THE SHAPE OF THINGS TO COME has been remastered in High Definition.

Come Drink With Me (region-A Blu-ray)

The Scary of Sixty-First (region-A Blu-ray)