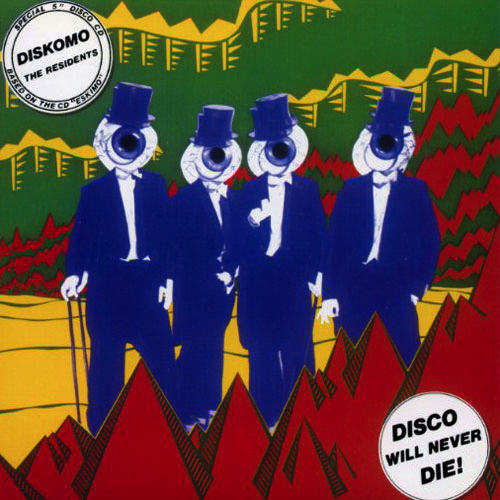 Disco will never die! According to the Residents. A companion piece to the Eskimo album, Diskomo, was released in 1980 as a 12-inch single, featuring a remix of the songs backed by a disco beat. Its B-side Goosebump, a collection of children's songs played on toy musical instruments. This is RSD limited edition on colour vinyl.

Thanks for the Dance (vinyl LP)

Switch On A Dime (CD)