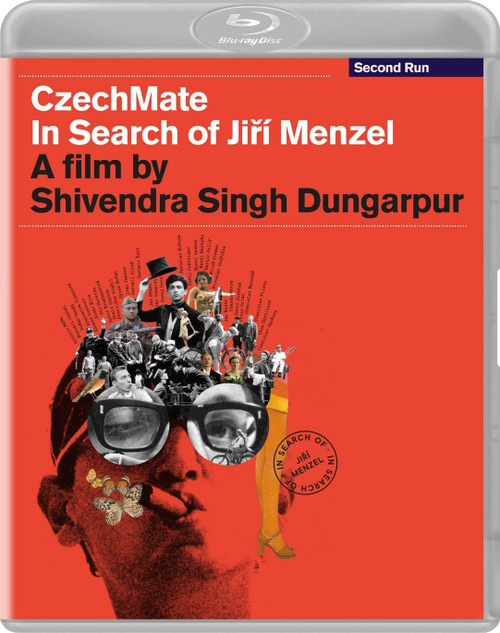 Epic, expansive, affectionate and deeply passionate, CzechMate In Search of Jiri Menzel is the definitive work on the Czechoslovak New Wave. This extraordinary documentary film, a labour of love by archivist and filmmaker Shivendra Singh Dungarpur, has a depth and scale unparalleled in the study of the Czechoslovak cinema.

Jiri Menzel's debut film Closely Observed Trains (Ost e sledované vlaky, 1966) made a profound impression on young film student Dungarpur. Years later, he invited Menzel to meet him in a Prague café - and so began a conversation and a friendship that has culminated in this epic, seven-hour film that not only explores the deceptively whimsical comic films of Jiri Menzel, but all of the artists who strove to make films that whispered subversion and rebellion often at the risk of their livelihood, or even their lives.

Filmed over a period of seven years, Dungarpur and his team interviewed filmmakers, actors, crew members, writers, historians and critics who had been touched by the New Wave - including Vera Chytilová, Milo Forman, Ivan Passer, Ken Loach, Juraj Jakubisko, and Andrzej Wajda among them.

CzechMate In Search of Jirí Menzel reminds us of the genius, originality and bravery of the artists of the Czech Miracle , one of the most important and influential movements in the history of cinema. Total runtime: 448 minutes.

From Lift to The Road (region-free 2blu-ray set)

Cry of a Prostitute (region-A blu-ray)