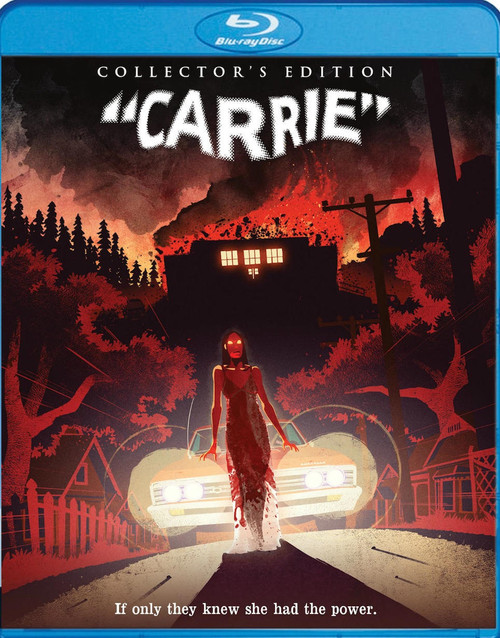 Based on the best-selling Stephen King novel, this "absolutely spellbinding horror movie" (Roger Ebert) has become a pervasive, pop-culture touchstone for anyone who's ever wanted to get even. Sissy Spacek and Piper Laurie deliver Oscar®-nominated* performances and John Travolta and Amy Irving are terrific in this ultimate revenge fantasy that has become one of the all-time great horror classics, and is now, finally, offered as a definitive, two-disc Collector's Edition Blu-ray with the second disc loaded with brand new special features, and a brand new 4K transfer for the main feature. At the center of the terror is Carrie (Spacek), a high school loner with no confidence, no friends... and no idea about the extent of her secret powers of telekinesis. But when her psychotic mother and sadistic classmates finally go too far, the once-shy teen becomes an unrestrained, vengeance-seeking powerhouse who, with the help of her "special gift," causes all hell to break loose in a famed cinematic frenzy of blood, fire and brimstone!

Beyond the Door III (region-free blu-ray/DVD)