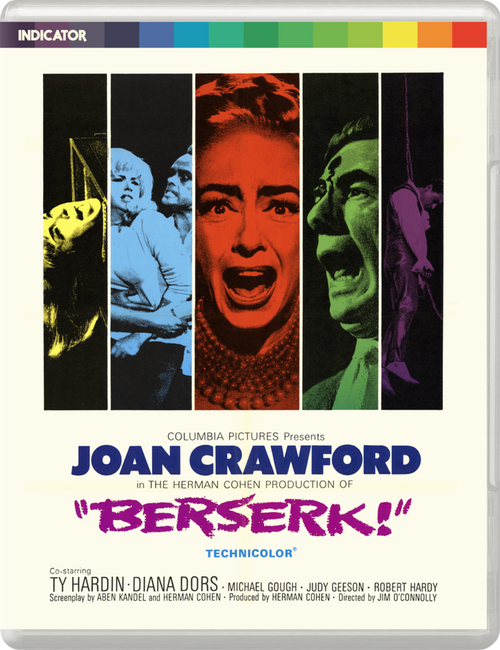 After the huge success of Robert Aldrich’s What Ever Happened to Baby Jane?(1962), Hollywood legend Joan Crawford found herself taking the lead in a series of lurid and sensational horror pictures in her later years – and Berserk was one of the best and most successful. Crawford stars as a ruthless circus owner who exploits a series of gruesome murders for her own ends... until the killer targets her. Directed by Jim O’Connolly (Valley of Gwangi, Tower of Evil) and co-starring Diana Dors (Yield to the Night, Deep End), Michael Gough (Horror Hospital, Batman) and Judy Geeson (10 Rillington Place, Inseminoid), Berserk is a deranged slice of Great British Grand(Dame) Guignol – a bloody exploitation classic! New HD remaster disc also includes bonus features and 40-page booklet.