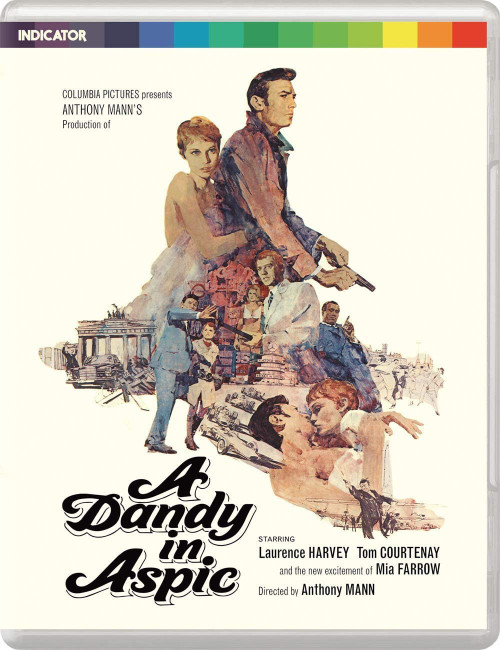 The final film by the great Anthony Mann (Winchester '73, El Cid) A Dandy in Aspic is a stylish and complex cold-war thriller starring Laurence Harvey (Room at the Top, The Manchurian Candidate) as a Russian double-agent working for British Intelligence who is assigned to track down and kill an unusual target.
Falling between the outlandish exploits of James Bond and the dour realism of John le Carré’s ‘circus of spies’, this paranoid thriller is a dark and refined affair, with a superb supporting cast headed by Mia Farrow (Rosemary’s Baby, See No Evil) and Tom Courtenay (The Loneliness of the Long Distance Runner, Otley), wonderful cinematography by regular Powell and Pressburger cameraman Christopher Challis, and with a terrific score by Quincy Jones. And of course, this Indicator blu-ray is loaded with bonus features.