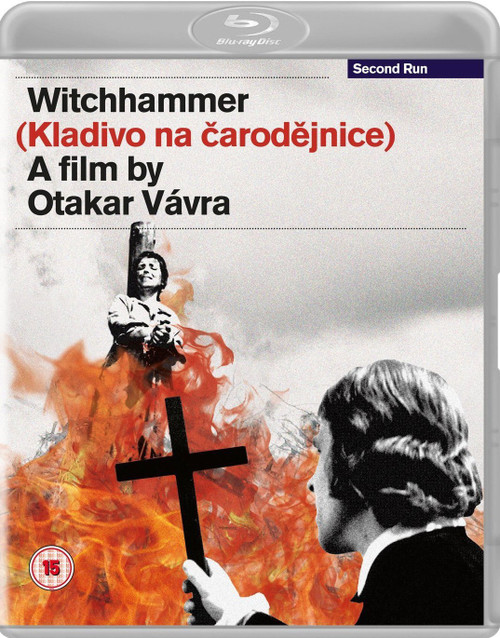 Otakar Vávra's Witchhammer, co-written by Ester Krumbachová (Daisies, Fruit of Paradise) from Václav Kaplický's 1963 novel, chronicles the series of notorious 17th Century Czech witch trials, undertaken using the infamous Malleus Maleficarum (the Witchhammer of the title), the Catholic treatise on witchcraft which endorses the extermination of witches and developed a detailed legal and theological theory for this purpose. Using genuine court transcripts from the forced confessions of those accused of sorcery and collusion with the Devil, it is a powerful and often shocking allegory of life under totalitarian rule. With echoes of Bergman and Frantiek Vláil, and with literary antecedents in Arthur s Miller's The Crucible and Aldous Huxley's The Devils of Loudon, it is a disturbing political fable; and like Ken Russell's controversial, expressionistic adaptation of Huxley's text, The Devils (1971) and other films of the period such as Michael Reeves' Witchfinder General (1968) and Michael Armstrong's Mark of the Devil (1970), it serves as both grim genre film and compelling historical drama. New HD re-master and transfer from original materials held by the Czech National Film Archive. The blu-ray also comes with bonus material.

I Love the Blues, She Heard Me Cry (vinyl LP)