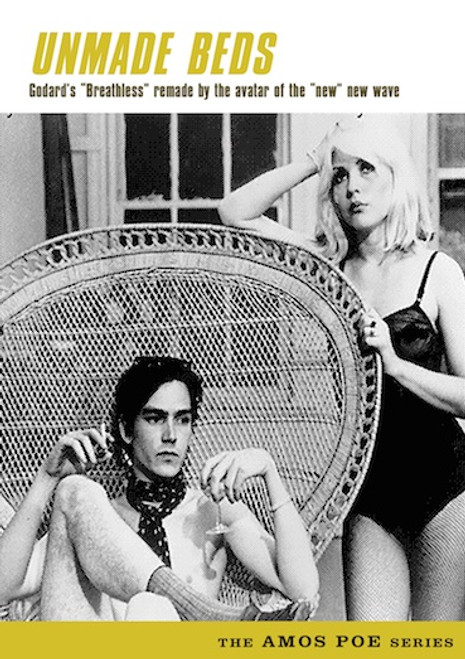 While the punk-new wave musical revolution was brewing on the Bowery and in downtown New York in 1976 and 1977, a new breed of underground filmmakers were beginning to emerge, whose work reflected the same rough textures and emotional immediacy as punk rock. One of the leading filmmakers of New York's New Wave was Amos Poe, and his feature Unmade Beds was one of the first features from this movement to receive any significant attention outside the underground music and art scene. To the rest of the world, Rico (Eric Mitchell) appears to be a photographer living in New York City in the mid-'70s. But in his mind, Rico is a character in a French New Wave film directed by Jean-Luc Godard, living a bohemian life of danger and flinty glamour, and he's both a photographer and a hired gun, living a life straight out of one of the film noir classics he loves. Rico's fragile hold on reality and his mingled feelings about his art begin to collide when he falls in love with a beautiful woman. Unmade Beds also features Duncan Hannah and Patti Astor; musicians Deborah Harry and Robert Gordon highlight the supporting cast.