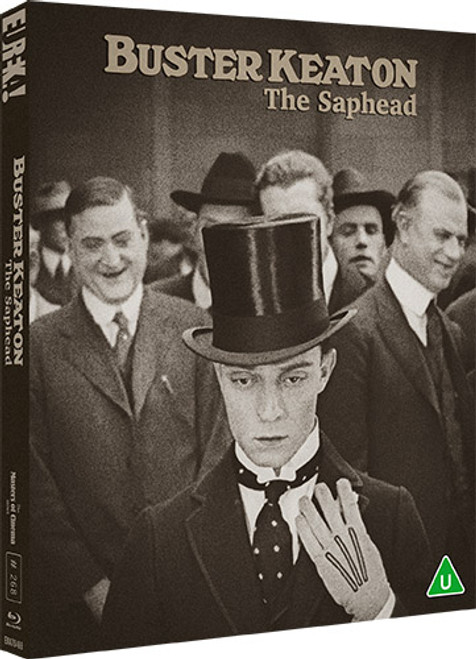 In 1920, having served a slapstick apprenticeship in the shorts of Roscoe “Fatty” Arbuckle, Buster Keaton had earned the opportunity to headline his own series of two-reel comedies. The very moment at which he emerged as a star of his own shorts, Keaton was recruited to appear in his first feature film, The Saphead, based on a popular stage play.

Though Keaton was not the primary creative force behind The Saphead, as he was on his short films, it became hugely important in shaping his on-screen persona: the lonely, stone-faced man thwarted by circumstance, inept at the art of romance, yet undaunted in his struggle for love within a chaotic world. This stunning restoration on Blu-ray was completed in 2020 by the Cohen Film Collection. This Eureka Masters of Cinema release also contains lots of new bonus features.