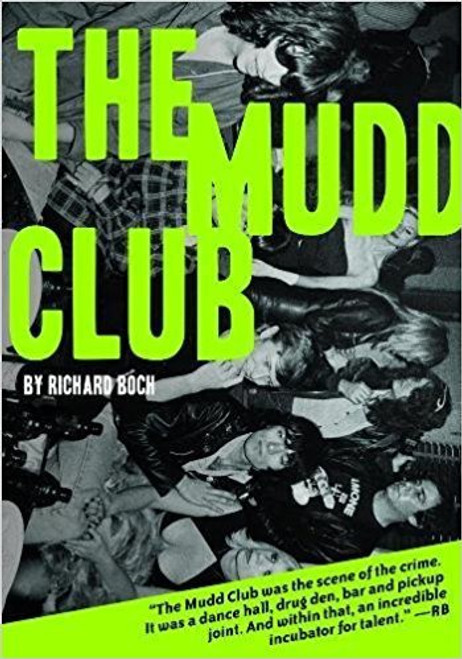 "I was a Long Island kid that graduated college in 1976 and moved to Greenwich Village. Two years later, I was working The Mudd Club door. Standing outside, staring at the crowd, it was "out there" versus "in here" and I was on the inside. The Mudd Club was filled with the famous and soon- to- be famous, along with an eclectic core of Mudd regulars who gave the place its identity. Everyone from Jean-Michel Basquiat, Jeff Koons, and Robert Rauschenberg to Johnny Rotten, The Hell's Angels, and John Belushi: passing through, passing out, and some, passing on. Marianne Faithful and Talking Heads, Frank Zappa, William Burroughs, and even Kenneth Anger-- just a few of the names that stepped on stage. No Wave and Post- Punk artists, musicians, filmmakers, and writers living in a nighttime world on the cusp of two decades. This book is a cornucopia of memories and images, and how this famed wicked downtown club attained the status of midtown and uptown. There was nothing else like it-- I met everyone, and the job quickly defined me. I thought I could handle it, and for a while, I did. "--Richard Boch