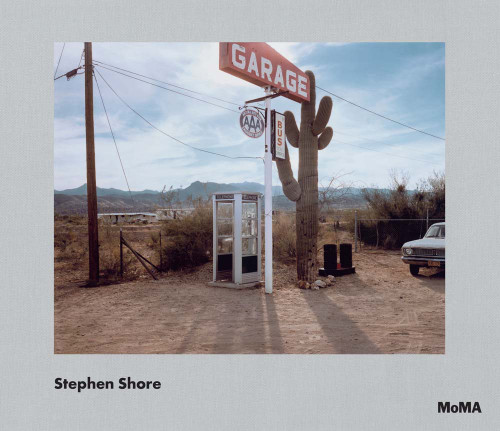 One of the most influential photographers of our time, Stephen Shore has often been categorized as one of a group of artists of the 1970s who captured American popular culture in straightforward, unglamorous color images. While this is true, it is only part of the story: Shore has worked with many forms of photography, switching from cheap automatic cameras to large format in the 1970s, pioneering the use of color film before returning to black and white in the 1990s, and, in the 2000s, taking up the opportunities offered by digital photography, digital printing and social media. Published to accompany the first comprehensive survey of Stephen Shore's work in the US, this catalog reflects the full range of his contribution, including the gelatin silver prints he made as a teenager (and sold to The Museum of Modern Art); his photographs of the scene at Andy Warhol's Factory, in New York; the color images he made during cross-country road trips in the 1970s; his recent explorations of Israel, the West Bank and Ukraine; and his current work on digital platforms, including Instagram.