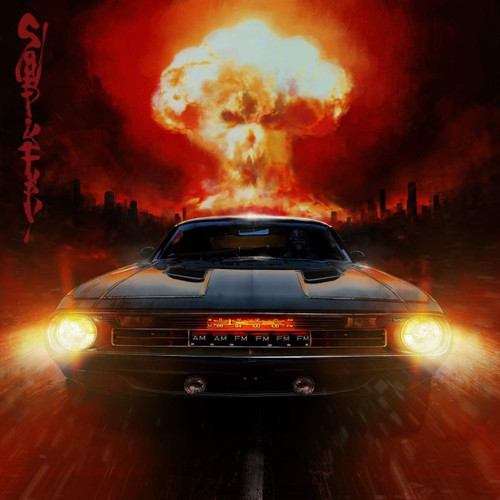 The Sound and Fury album – which Sturgill Simpson describes as “a sleazy, steamy rock n roll record” – is a marked departure from 2016’s acclaimed “A Sailor’s Guide To Earth,” which won “Best Country Album” and was nominated for “Album of the Year” at the 59th GRAMMY Awards. Merging American rock music and Japanese animation in a revolutionary new way, “SOUND & FURY,” the film, was produced and based on a story by Simpson entitled “Sound & Fury.” Featuring some of the biggest names in the genre, the film was written and directed by Jumpei Mizusaki, founder of renowned animation studio Kamikaze Douga and director for the animated film, “Batman Ninja,” while Takashi Okazaki, creator of Japanese manga series “Afro Samurai,” served as the film’s character designer.

Black to The Future (vinyl 2LP)

Are You Serious? (vinyl LP edition)