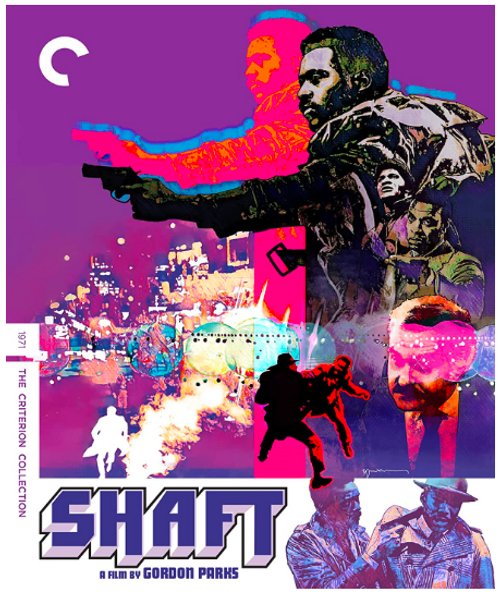 4K UHD! While the Black Power movement was reshaping America, trailblazing director Gordon Parks made this groundbreaking blockbuster, which helped launch the blaxploitation era and gave the screen a new kind of badder-than-bad action hero in John Shaft (Richard Roundtree, in a career-defining role), a streetwise New York City private eye who is as tough with criminals as he is tender with his lovers. After Shaft is recruited to rescue the kidnapped daughter of a Harlem mob boss (Moses Gunn) from Italian gangsters, he finds himself in the middle of a rapidly escalating uptown vs. downtown turf war. A vivid time capsule of seventies Manhattan in all its gritty glory that has inspired sequels and multimedia reboots galore, the original Shaft is studded with indelible elements—from Roundtree’s sleek leather fashions to the iconic funk and soul score by Isaac Hayes. This Criterion edition is a brand new 4K restoration. It also comes with Park's 1972 follow-up film, Shaft's Big Score! Plus tons of new special features!