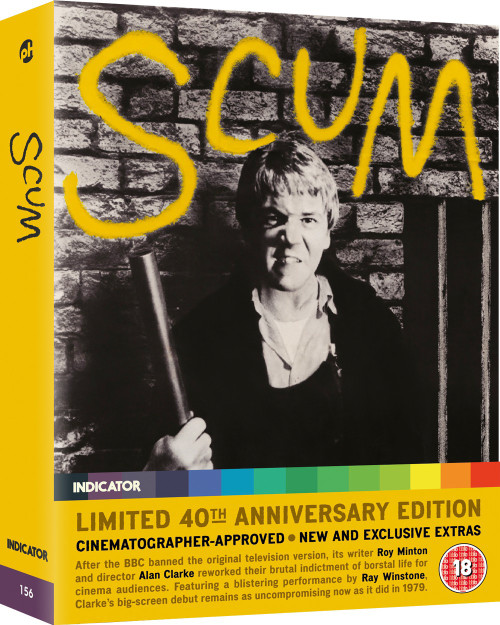 After the banning of their original 1977 BBC TV version, director Alan Clarke (The Firm) and writer Roy Minton (Funny Farm) set out to remake their drama for the big screen to ensure that their vision got the audience it deserved. The resulting film, released here in a special Blu-ray edition to mark its 40th anniversary, was an even more vitriolic portrait of a corrupt and violent institution which stunned cinema audiences and caused outrage. Uncompromising in its depiction of everyday violence, retribution, suicide and sexual assault, Scum remains a cornerstone of the British realist cinema movement, and a savage and still shocking indictment of institutionalised violence and abuse. The limited edition set also includes a ton of special features.