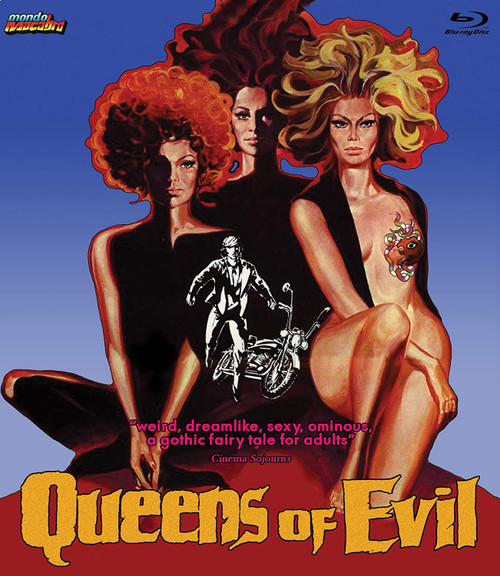 In this dark, gothic fairy tale for adults, Ray Lovelock plays David, a lone hippie motorcyclist, cruising the highways, in search of a better world. One night on a lonely mountain road he stops to help out the owner of a Rolls Royce with a flat tire. The middle-aged driver of the car gives David a lecture about responsibility and, unknown to David, punctures the front tire of his motorbike before driving off. Furious, David gives chase. There is an accident and the car crashes, killing the driver. Fearing trouble from the police, David heads off down a side road into a dark forest and spends the night in a deserted barn. He is awakened the next morning by three beautiful young women who live in a luxurious villa nearby. These three women appear to be toying with David, playing an elaborate and sinister game, involving perplexing rituals and night-time vigils. The climax of their game takes place at a party in a nearby castle where David appears to be the guest of honor... but for what purpose?

Queens of Evil has been very hard to see for many years. This worldwide Blu-ray premiere also comes with brand new bonus features.

Touch of Evil (region B Blu-ray)

The People Next Door (region-B Blu-ray)