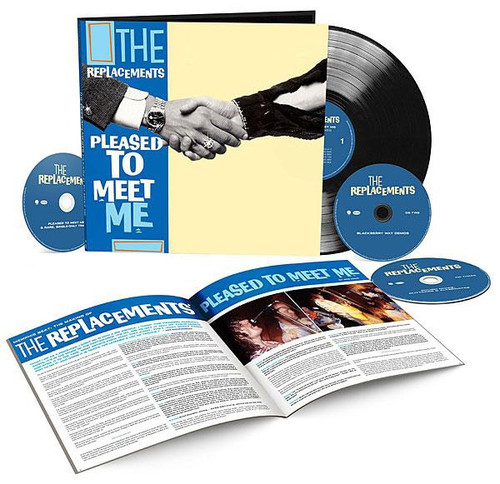 Originally released in 1987, Pleased To Meet Me is the fifth studio album from The Replacements. Formed in Minneapolis in 1979, The Replacements initially started out as a punk rock band but grew to be one of the pioneers of alternative rock. Pleased To Meet Me is the only album from the band recorded as a trio after guitarist Bob Stinson’s exit after the release of their fourth studio album Tim, and before the addition of guitarist Bob ‘Slim’ Dunlap.

The album is available here as a 3CD / 1LP box set with The music presented in a 12 x 12 hardcover book with rare photos and a new historical liner note by Bob Mehr, author of Trouble Boys: The True Story of the Replacements.

The album received widespread critical acclaim with Rolling Stone describing it as “an album alive with the crackle of conflicting emotions and kamikaze rock & roll fire”, as well as Pitchfork rating it 9.3 out of 10. The album is often considered as one of the greatest albums of the 1980’s

Meet Me in Milan (Map guide)