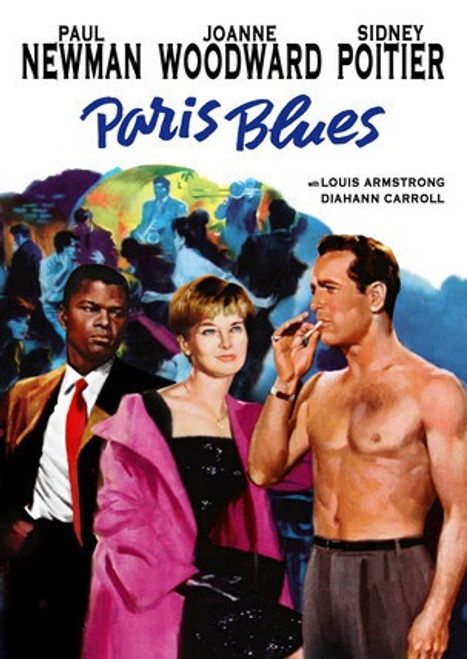 1961 film directed by Martin Ritt and starring Paul Newman and Sidney Poitier as American jazz musicians working in Paris. The film was based on the 1957 novel of the same name by Harold Flender.

Also strraing Diahann Carroll, Joanne Woodward and featuring Louis Armstrong and Aaron Bridgers who both perform in the film.

Made in Paris (region-free DVD)