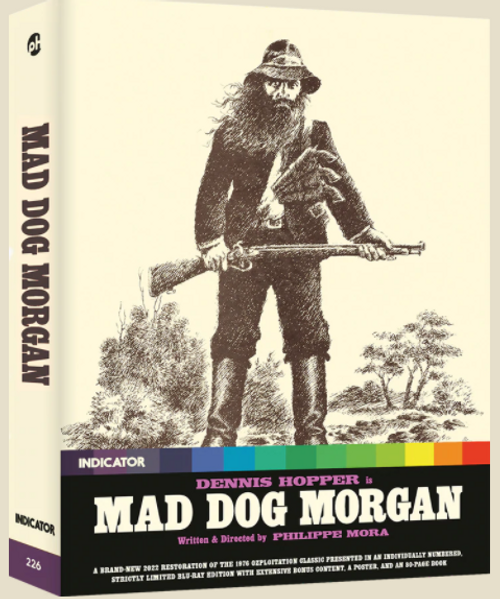 Based on the true story of Dan Morgan – the infamous Australian outlaw once described as ‘the most bloodthirsty ruffian that ever took to the bush’ – Mad Dog Morgan provides the perfect showcase for the unique star quality of Dennis Hopper (Night Tide, The Last Movie).

After witnessing a bloody massacre of Chinese workers on Australia’s goldfields, Morgan turns to a life of crime, becoming a bushranger and the scourge of the vicious authorities – and, ultimately, a local legend – leaving a bloody legacy in his wake.

Nominated for two Australian Film Institute Awards, including one for director Philippe Mora (The Beast Within), Mad Dog Morgan is a brutal and uncompromising slice of Ozploitation.

The Phantom of the Monastery (region-free Blu-ray)

Helmut Newton: The Bad and the Beautiful (region-1 DVD)