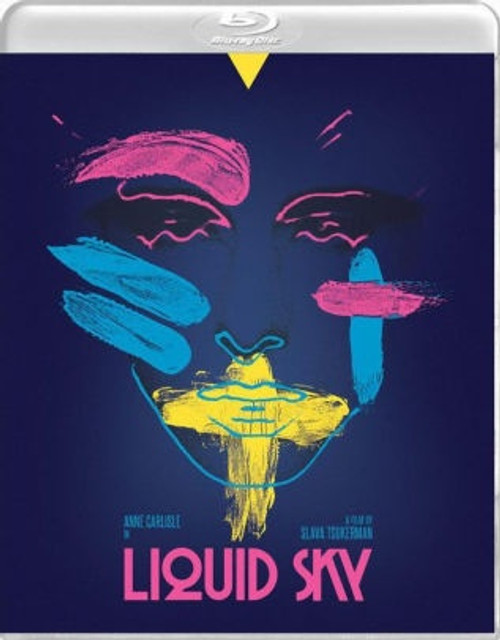 A glitzy updating of Andy Warhol's Trash with aliens, this campy, stylish, but ultimately depressing film is one of the most keenly observed portraits of New York's early '80s downtown new wave scene. Anne Carlisle, who co-wrote the script, is terrific in a dual role as the wan lesbian Margaret and her arrogant gay nemesis, Jimmy. Tiny space aliens see Margaret shooting up and choose her to feed their heroin-like addiction to a substance produced in the human brain during sexual climax. Her partners end up vaporized, but since most of them treat her like dirt, Margaret doesn't mind. Meanwhile, a German scientist (Otto von Wernherr) has been tracking the plate-sized alien craft and observes it from the apartment of a horny Jewish woman (Susan Doukas); all the while, he is oblivious to her comic frustration and increasingly blatant sexual advances. Despite the sci-fi elements, considerable humor, cool music, and a gorgeous production design, this is really a film about desperation and ugliness. Other than Von Wernherr and Doukas -- who are outside the punk scene -- the characters all loathe themselves and treat each other horribly. Perhaps the bitter aftertaste of this film explains why it never really caught on as a midnight movie, but it is a dark gem and well worth seeing. Liquid Sky was made in 1982 by producer/director Slava Tsukerman. This brand new 4K restored transfer is also loaded with brand new bonus features.