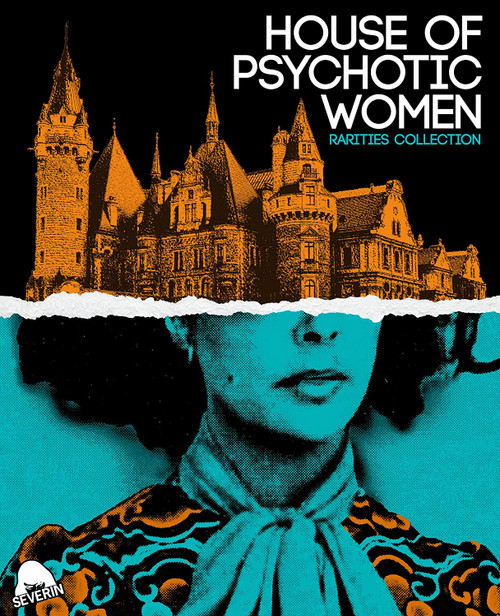 In 2012 Kier-La Janisse published House of Psychotic Women, billed as ""an autobiographical topography of female neurosis in horror and exploitation films."" It soon became one of the most ""vital"" (Tim Lucas, Video Watchdog) and ""astonishing"" (Daily Grindhouse) genre tomes of all time. To mark the book's 10th anniversary, award-winning writer/programmer/filmmaker Janisse now presents four of the strongest and strangest explorations of onscreen delirium and hysteria, all on U.S. Blu-ray for the first time: Elizabeth Taylor stars in 1974's IDENTIKIT as a woman who travels to Rome to find the most dangerous liaison. In the surreal 1986 Polish horror-comedy I LIKE BATS, a vampire discovers that love may be the cruelest curse of all. Florinda Bolkan stars in the startling 1975 amnesiac giallo FOOTPRINTS from the director of THE FIFTH CORD. And British screenwriter and radical theatre icon Jane Arden directs 1972's harrowing THE OTHER SIDE OF THE UNDERNEATH.

The House By The Cemetery (region-free blu-ray)

Herzog The Collection (Region A Blu-ray)

A Glitch in the Matrix (region-B Blu-ray)