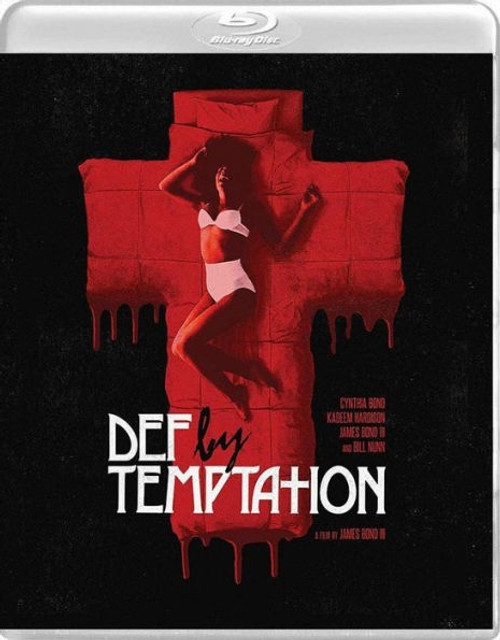 Writer/producer/director James Bond III also stars in this innovative supernatural thriller as Joel, a divinity student from rural North Carolina who has a serious crisis of faith and travels to New York to seek the advice of his friend, aspiring actor K (Kadeem Hardison). In an effort to loosen up his conservative companion, K gives him a taste of New York nightlife -- personified by an alluring club vamp with the less-than-subtle name of Temptation (Cynthia Bond). Although her true nature as a soul-stealing succubus is more than obvious to the audience (particularly after several scenes of unsuspecting wannabe players torn limb-from-limb), Temptation nevertheless ensnares naïve, innocent Joel in her devilish spell, prompting K to investigate the woman's background with a little help from a detective (Bill Nunn) determined to connect her with several murders. Bond's intelligent morality play is a step above simple homage to horror and blaxploitation genres of the '70s, avoiding many of those films' stereotypes to present three-dimensional characters and realistic dialogue. The vibrant, color-rich cinematography is the work of frequent Spike Lee collaborator Ernest R. Dickerson.