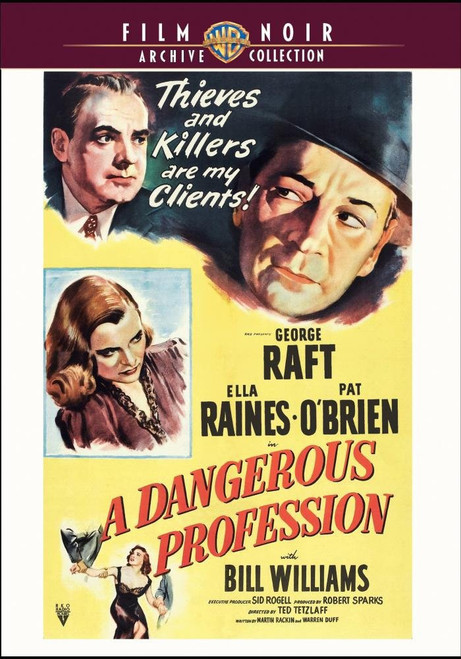 Vince Kane has an affinity for dangerous professions. Once he was a cop. Now he’s making a lot more dough but facing just as much trouble as a bail bondsman. His latest client, charged with securities robbery, can’t make his $25,000 bail. The client’s seductive wife comes up with four grand, a mysterious lawyer adds twelve more, and Vince makes up the difference. Why? The wife was once Vince’s girl – and he still carries a torch that’s sure to burn him. Film tough-guy George Raft stars as Vince in a pared-to-the-sinews noir that follows deceit, desire and greed to their violent ends. Ella Raines is appropriately smoldering as Vince’s former love, Pat O’Brien plays his canny partner, and Jim Backus defends the thin blue line as an honest cop. Ted Tetzlaff directs, rounding out a year that also included his acclaimed thriller The Window.

A Case for a Rookie Hangman (region-free DVD)

A Case for a Rookie Hangman (region-free Blu-ray)